The Trustees of the Combined Baker Trust are pleased to report that they are now making grants from a Trust established by the philanthropist Gertrude B. Baker, as described below.
Before her death in 1973, Baker was for several years a member of the First Presbyterian Church in Germantown. Her will created a trust that would provide aid to individuals in need in the Germantown community. She charged her trustees with
making grants each year to benefit the education of boys and girls up to age 21 and to benefit elderly and handicapped persons. Recipients are primarily residents of Germantown and in need of financial assistance. Grants to individuals are up to $5,000. Grants to nonprofits that serve eligible individuals in the Germantown community can be larger.

Recent beneficiaries of the Combined Baker Trust include:

If you know of an individual resident of Germantown or nonprofit organization working in Germantown that might align with the mission of the Trust, please contact the Trustees of the Combined Baker Trust, c/o Kevin Cannon, BNY Mellon, 1735 Market Street, 9th floor, Philadelphia, PA 19103, Email: [email protected], with the name of the eligible individual or organization and the amount and purpose of the requested grant.

About the Combined Baker Trust

The present Trust combined Gertrude Baker’s own estate with a trust established in the name of her parents, the George and Hannah Bricker Memorial Fund. Baker directed BNY Mellon Bank to manage the Trust’s assets. She directed that the Trust’s board consist of members appointed by First Presbyterian Church in Germantown; by the Presbytery of Philadelphia; and by Philadelphia Yearly Meeting of the Religious Society of Friends (Quakers).

Born Mary Gertrude Bricker on Dec. 4, 1884, Baker was the fourth of five children of George Bricker and Hannah Bailey Litzenberg and grew up in West Philadelphia. She studied Latin at Swarthmore College, graduated in 1906, and earned an MA in Latin studies at the University of Pennsylvania in 1915. Baker taught Latin at the new (1912) West Philadelphia High School for Girls and lived with her family at 4723 Baltimore Avenue. She was an active member of the American Philological Association (now known as the Society for Classical Studies) founded in 1869 as a scholarly organization devoted to Greek and Roman civilization. She travelled extensively, sailing from Cherbourg, France, in 1925, from London in 1929, from Southampton, England, in 1932, and from Nassau, Bahamas, with her sister Helen in 1939. On Helen’s death in 1953, Baker, then age 69, still lived in the family home. She married late in life and moved with her husband to Germantown. J. Norwood Baker (1885-1979) was a prominent educator in industrial arts, holding BA and MA degrees from the University of Pennsylvania. Appointed the first principal of Murrell Dobbins Vocational High School when it opened on Lehigh Avenue in 1938 with 528 students, he served until his retirement in 1952. The
Bakers spent the last years of their lives at the Quaker retirement community, Foulkeways at Gwynedd. The couple are buried at Arlington Cemetery in Drexel Hill, also the final resting place of her parents, George and Hannah Bricker, and of Baker’s first wife, Amanda, who died in 1954.

Tweets by @Presby_Phl
Listening for the Holy Spirit’s Whisperings by Rev. Ashley Rossi 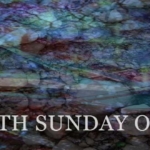 Redemptive Light in the Midst of the Uncertainty by Rev. Ruth Faith Santana...
Scroll to top