On the 155th Anniversary of Juneteenth, we remember it took over two years after the Emancipation Proclamation for slavery to finally end. Read about this national celebration here: 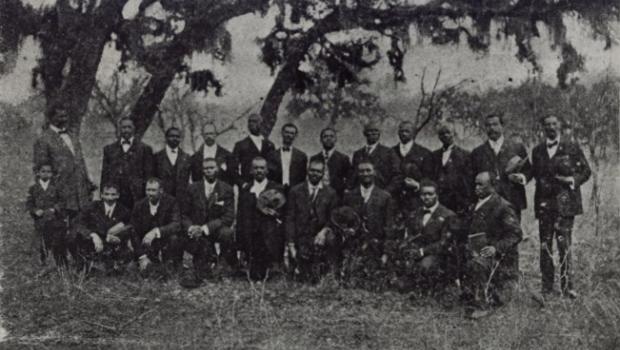 “Photograph of President Thos. J White and a major portion of annual Officers and Directors of the Organization, 1909. Emancipation Park was an effort to purchase private property where African-Americans could celebrate Juneteenth or Emancipation Day without resistance from white citizens.” Courtesy of the Austin History Center. Read more here.

From the Presbyterian Mission Agency:

Black Americans have yet to fully realize the freedoms hoped for

LOUISVILLE — Juneteenth is the oldest known celebration commemorating the end of slavery in the United States. President Abraham Lincoln signed the Emancipation Proclamation, freeing those who were enslaved, in January 1863.

However, it wasn’t until two years later, on June 19, 1865, when Union soldiers landed in Galveston, Texas, with news that the war had ended and that the enslaved were now free. After this, more than 250,000 slaves across Texas learned that they were free.  Read more here.

From the Presbyterian Church, U.S.A.:

Every year since 1865, there has been one day that most black people have held as a celebratory occurrence. On June 19, 1865, the last of the black Americans who were in the condition of chattel servitude were freed. Texas, the last state to hold out on the edict of the Emancipation Proclamation issued by President Abraham Lincoln more than two years prior, had finally been forced into compliance. And so, it is this date in June that many black Americans consider to be Independence Day and thus a cause for annual jubilation that we have entitled Juneteenth.

However, was it really a cause for celebration? It is important to understand that to emancipate means to free from bondage, control and/or restraint. And even though black people were technically free from the bondage of chattel slavery, the restraint of second-class citizenship, racism, economic inequity, unjust laws, mistreatment and bigotry were and still are inescapable residuals that have never ceased. Juneteenth meant that under the law, no one individual in the southern states (as the Emancipation Proclamation only mentioned the southern states) could pose another human being as their property. This meant that, on paper, everyone was now free to pursue the idea of life, liberty and the pursuit of happiness. Unfortunately, this was merely a pipe dream for the almost 4 million individuals who now found themselves without money, housing, food, support or governmental assurance for their existence and advancement. Moreover, according to the law, it was in fact the slaveholders who were compensated monetarily for the loss of labor once these black Americans were freed. Newly freed black people were left to figure out how to move forward in a system that had perpetually robbed them of their humanity, dignity, rights, familial ties, culture and freedom. This is why many black Americans found themselves in unfair agreements of sharecropping the same plantations and farms that had just freed them, because it was all they knew and the only home many had as a resource to gain capital and upward movement. 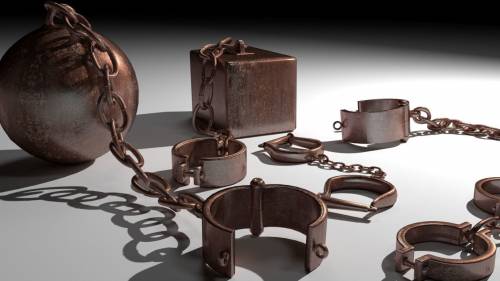 So, is Juneteenth really a cause for celebration? Well, yes and no. No, because even in 2019, black people in America are still dealing with the residuals of chattel slavery in every aspect of their existence and thus in many ways are still not free. And on top of that, the 13th amendment to the Constitution of the United States says that individuals can still be held in slavery if they are in the prison system — a system we already know has a disproportionate number of black people with longer sentences for similar crimes to their white counterparts. So, in many ways, the celebration of being emancipated is a luxury that has yet to be afforded. However, yes, we should celebrate Juneteenth as an entire country, for it is a day that marks the official end to the darkest period this country has ever known. It is the chance to shout “hooray,” even if it is fleeting, for one of the few times that black people were given a piece of what they were entitled to as citizens of this nation. And so, even though we still battle racism, white supremacy and a painful past, we still celebrate the hope of a tomorrow where the promise of equity, equality and true liberation are perhaps achievable.