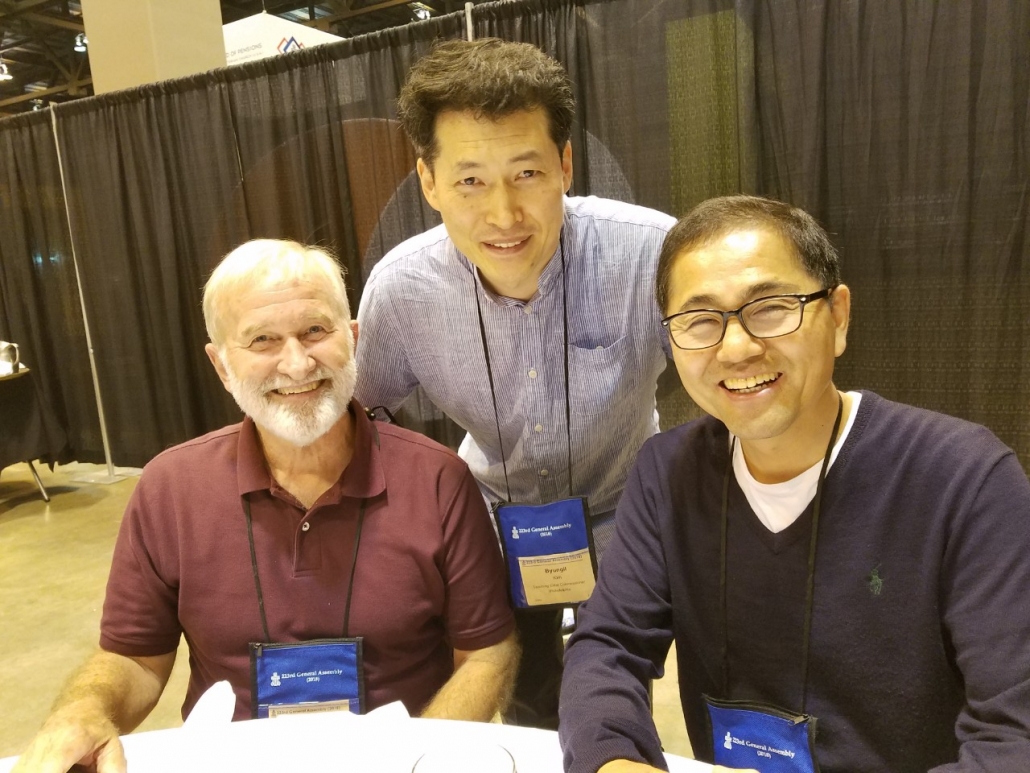 I couldn’t imagine that God has a wonderful plan for me during the GA223 until I met a pastor who came from Trinity Presbytery in North Carolina. His name is Herbert Cordington. I met him at the lobby of the Marriot Hotel. He came and asked to me, “Where were you born?” I said, “I was born in Korea.” Then he asked, “What city were you born?” so, I thought that he might not know if I would say the city. However, I said to him, “Kwang-Ju”. Then he was surprised and said, “I was born in Kwang-Ju”. When I heard that, I did not believe what he said. But he continued to say to me, “I was born in Yanglimdong”. This time I was surprised since Yanglimdong is the place that I had lived for about 5 years when I was young.

I was so happy to see an American pastor who was born in my home town. This is what I have never expected. After that, I heard an interesting story regarding his family from him. His parents were the missionaries sent by the PCUSA in 1940s. After arriving at Korean, his father had served as a medical doctor at a hospital in Kwang-Ju city for 25 years. And Herbert Cordington had lived there for 18 years until he came to America. Herbert is still praying for Korea. He really loves Korean style food, culture, people, and church. I saw a lot of enthusiasm for Koreans in his mind. As I was talking with him, I felt God’s unlimited love toward Korea. Also, I thought that I need to pay back what we got from the PCUSA!

I feel that now is the time to take turns. I think now is the time for me to give and contribute to others and my denomination. I hope that I can hear, see, and feel unexpected God’s working during the GA 223.

Please see below for Rev. Byungil Kim’s post in Korean

Tweets by @Presby_Phl
A Good Time to Be Presbyterian: GA Reflections by Elder Jim Ballengee