The Presbyterian Church (USA) has spent the last four decades buffeted by a great wind, a wind so strong that it seemed to split the high places of God’s dwelling on earth and to break our sure foundation in pieces. God was not in the wind. Those same foundations have been shaken such that many have fallen through the crevasses never to be seen again. God was not in the shaking. Since the last Assembly, it is as though a fire has consumed whole congregations, leaving only embers as evidence of the witnesses who once laid a cornerstone in fact and in faith. God was not in the fire.

Now there is, at this Assembly, the sound of sheer silence. On one hand, there was the stunning silence that signaled our unanimity as we added the Confession of Belhar to our Book of Confessions; the ordered silence as we were instructed by Moderator Edmiston to wiggle our fingers instead of clapping when we were moved to affirm an action of the whole; the surprising silence when a supposedly contentious motion was passed with little debate and less opposition.

But there is an underside to this silence. It is the silence of a people who are weary of fighting with each other, but not quite ready to trust or love one another. It is the silence of missing voices that have chosen to leave rather than continue to live in opposition. It is the silence of an Assembly praying with sighs too deep for words, longing to hear a Word not our own, even Jesus Christ, who is speaking us into the future we cannot yet imagine. Contrary to a cursory reading of these familiar words in I Kings 19, God is not in the sound of sheer silence.

Rather Elijah emerges from the cave on the mountain of the Lord after the sound of sheer silence. Here, it seems to me, the silence is in the text itself—those pauses that the rabbis believe God places in Scripture to make us lean in with expectation and hope or with fear and trembling because the living God is coming toward us in the fissures of the text. This is the silence I have experienced in Portland—on The Way Forward Committee that I was privileged to help moderate, in the Assembly Hall as we were uncharacteristically careful to make room for one another in the actions taken, on the way from there to here as we wordlessly embraced lost friends. Together we are listening at the entrance of the cave for a word from the Lord.

The word of the Lord that finally addresses Elijah is in the form of a question: “What are you doing here?” Elijah hears the question as God’s judgment, prompting him to give an account of his actions. But God is not interested in the past. Rather God says a word to Elijah that has the effect of sending Elijah into the future. There God will use Elijah to do a new thing: to pass the prophetic mantle from Elijah to Elisha. In the election of our co-moderators Denise Anderson and Jan Edmiston, in the election of our new stated clerk J. Herbert Nelson, and in the actions of this Assembly, I pray we will hear God sending the Presbyterian Church (USA) into the future where God is doing a new thing. Thank you for electing me to be a part of this Assembly. It has been an exhilarating and exhausting privilege! 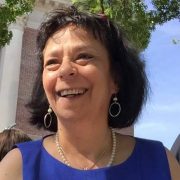 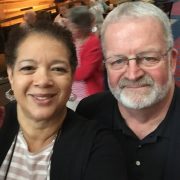 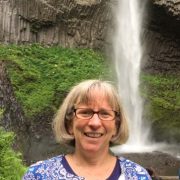 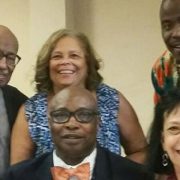 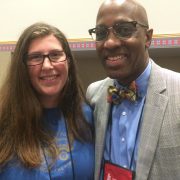 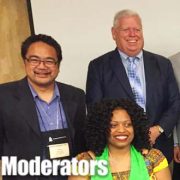 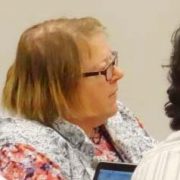 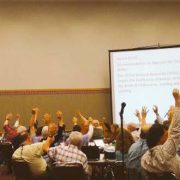 Tweets by @Presby_Phl
The Belhar Confession: Information and Resources